Put your mouse cursor on a product
VTO page link 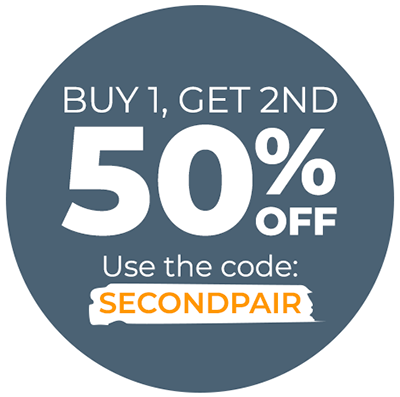 Your eyes are in good hands with these trendy Marc by Marc Jacobs frames. As creative director of Louis Vuitton – and his own line, Marc by Marc Jacobs – you can trust that these glasses have been well looked after during every step of the design and production process. With bold and snazzy designs, they are are sure to draw stares and comments whenever and wherever you go, no matter who you hang out with or what your walk of life.

If something a bit edgier takes your fancy, head on over to our Ic! Berlin glasses. They're the same in some regards, but fantastically different in others. As ever, you be the judge, and don't stop until you find your perfect pair.

Marc Jacobs is on the record saying he prefers his clothes never to look hot. Even if somebody is hedonistic, he says, he prefers them not to look it. It is much better left to the imagination. This philosophy shines through in his top quality eyewear. Placing refined and elegant curves over pure sex appeal, Marc Jacobs’ glasses are aesthetically pleasing without ever appealing to the lowest common denominator.

Jacobs does not claim to be a genius, saying great fashion never emerges from just one brain. Whatever his inspiration for his stunning glasses, with their breathtaking blues, silvers and golds, what is clear is that Marc Jacobs has a vision for eyeglasses that goes above and beyond the standard fare of dull black glasses you'll get in discount stores.

In a zany twist of fate, Marc Jacobs was this year named the new creative director for the Diet Coke brand, showing in a roundabout way just how much trust is placed on the man who claims not to be a genius. This is the same man who has headed Louis Vuitton for over 15 years – a company valued at $25.9 billion USD.

While at Parsons School of Design in New York City, Jacobs won two golden thimble awards, and the coveted “design student of the year” award, which set him up well to continue with fashion and design in general. In the late eighties, at the age of 24, he became the youngest designer ever to win the Council of Fashion Designers of America's Perry Ellis New Fashion Talent award.

If you think these are for you, then you're probably right. Don't hesitate to snap yourself up a pair today, and remember for every pair you buy, our buy one give one charity program donates a pair of eyeglasses to a person in need.